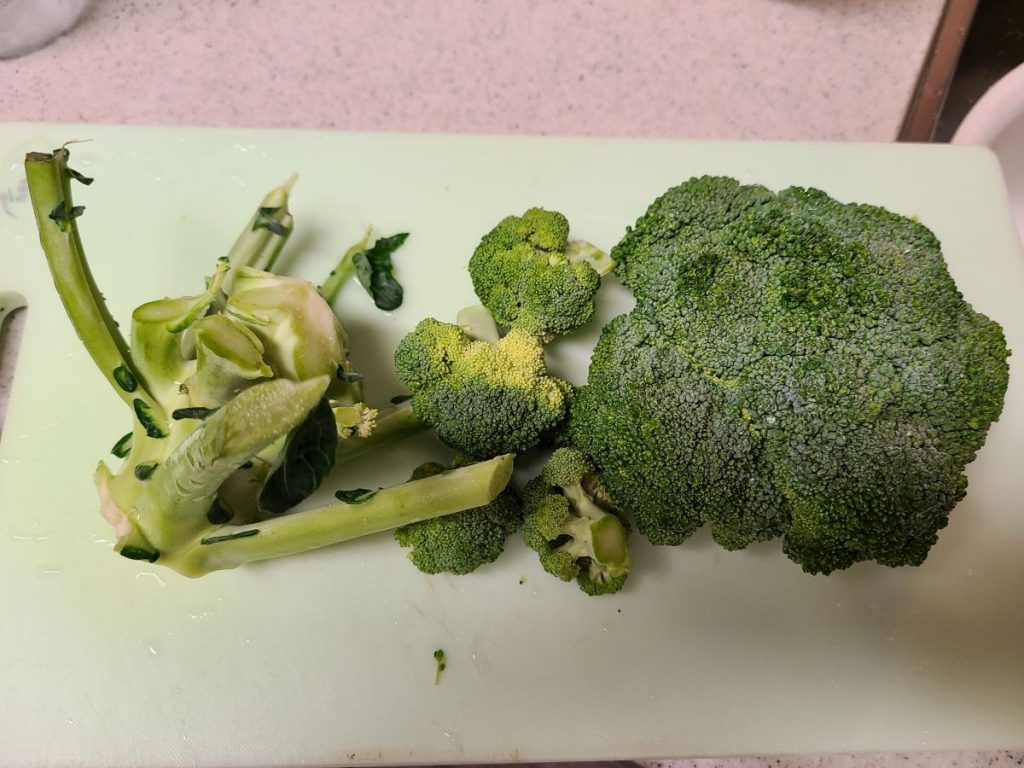 When you cook broccoli, do you use the stalk or throw it away? 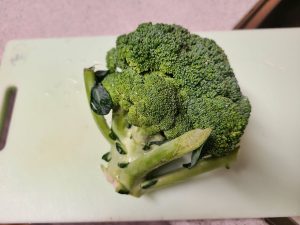 I do not throw the stalk away. It is edible. I boil both the stalk and florets in water. I use the boiled florets for salad. Can you guess what I make with the boiled stalk? 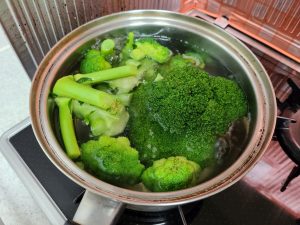 After boiling the stalk and florets, don’t get rid of the boiled water as it will be used later. 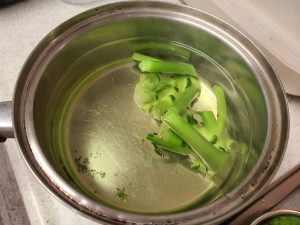 I cut the stalk into small pieces, and put them into a blender with some of the boiled water. 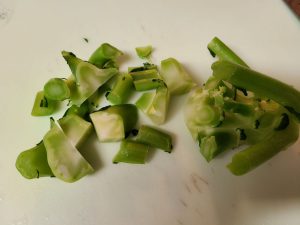 Now you can tell what I am making! From here, I do the same procedure I do for carrot soup, which recipe I introduced on 14 August 2021. If you are interested in carrot soup, click below! 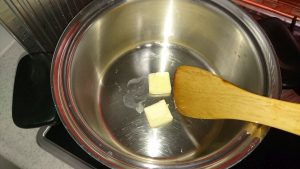 Butter is put in a pan, which should not be too hot (over low heat). 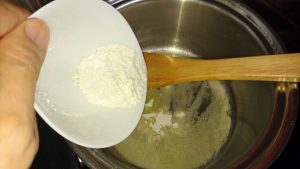 When the butter has melted, some wheat flour is added gradually, mixing it quickly. 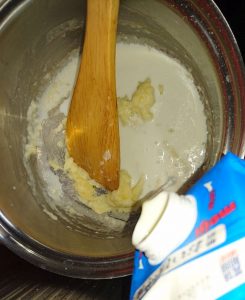 Milk is then gradually added, also mixing it quickly.

Mix it together until it becomes pasty. 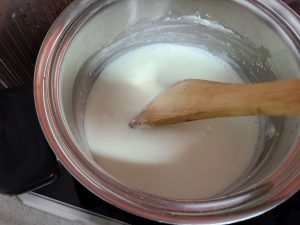 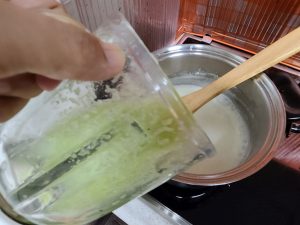 The broccoli paste is poured in (over mid/high heat).

I add a small cube of consommé and a little salt and pepper, and mix it well over heat. After pouring it in a dish, I put in some boiled florets. Completed! 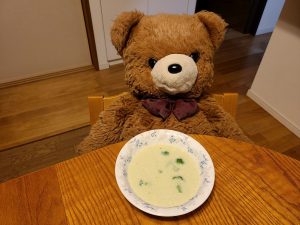