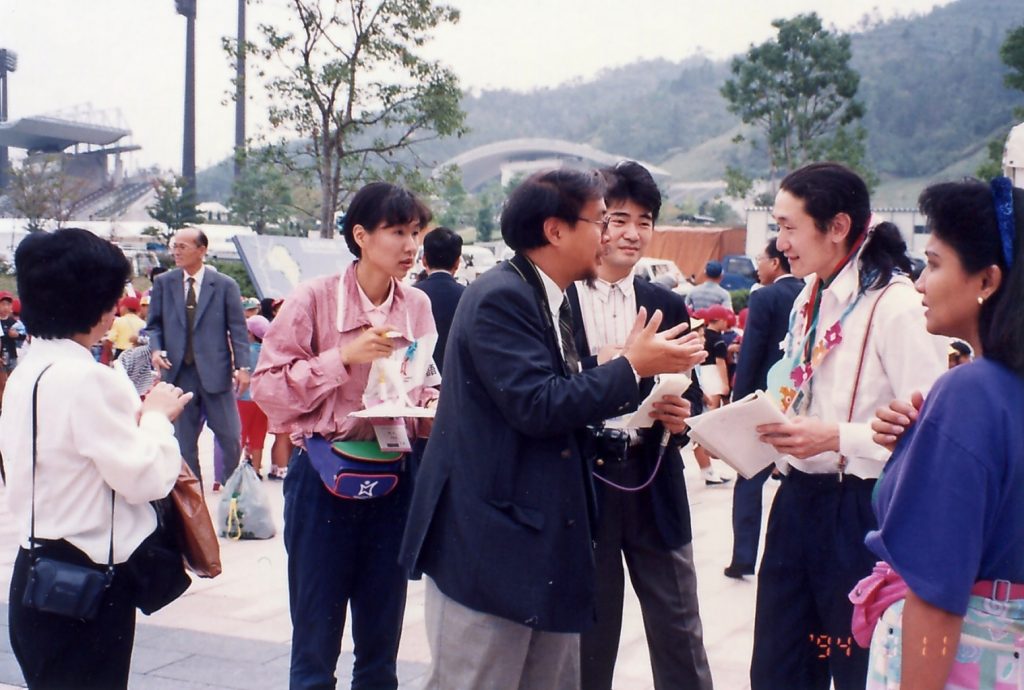 Whether the Tokyo Olympic Games should be held during the Covid-19 pandemic has been a controversy for more than a year. With many precautions being taken, the Olympics began in Tokyo on 23 July, welcoming athletes from all over the world. Now various competitions are taking place. Watching TV every day, our global mom, Yasuko, fondly remembers the Asian Olympic Games held in Hiroshima in 1994, where she worked as an interpreter for the Mongolian delegation.

Yasuko has been working as an international development practitioner since 1998. However, before the Asian Olympics in 1994, she was not interested in developing countries at all. In those days, she was working in Osaka, Japan, as an office assistant doing paper work and English/Japanese translation. One day, however, she found a want-ad in the newspaper which called for interpreters for the Asian Olympic Games in Hiroshima, Japan. As it looked exciting, she applied for the post, and got the job. She was assigned to the Mongolian delegation, and took care of the Mongolian athletes. Look! The woman wearing a pink jumper in the center is Yasuko. She looks ‘beary’ young, doesn’t she? She looks ‘beary’ happy with the Mongolian athletes. Mongolian features really resemble those of Japanese people, don’t they? 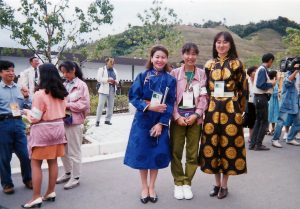 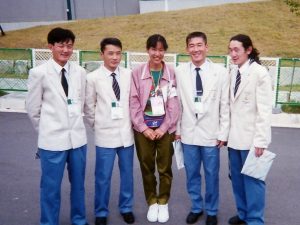 Yasuko worked in the athletes’ village for one month, and it was a microcosm of the world with a variety of cultures, religions, and languages. What surprised her most was the huge economic gap between Japan and the other countries. Through working at the Asian Olympic Games, however, she came to realize that the human heart is universal in spite of differences in cultures, religions, languages, and economic standards. 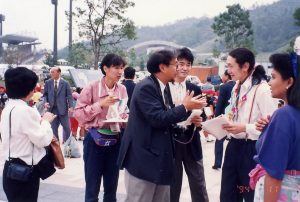 Thanks to this eye-opening experience, she began to feel that she would like to do something for developing countries. The next year, she won a scholarship from the Rotary International Foundation, and went to graduate school in the U.S. in order to study international development.

Twenty-seven years have passed since her career revolution happened through the Asian Olympic Games. She has worked in many countries, not only in Asia, but also in other parts of the world. Working in international development, she has faced various challenges and has overcome them all. Whenever she faces an insurmountable challenge, she always asks herself two questions: “Who am I working for?” “Why did I opt for an international development profession?” To answer these questions, she always remembers her career revolution which occurred through the Asian Olympics in 1994. With her firm conviction that the human heart is universal, she will continue to work as a global mom for people’s empowerment on the globe.