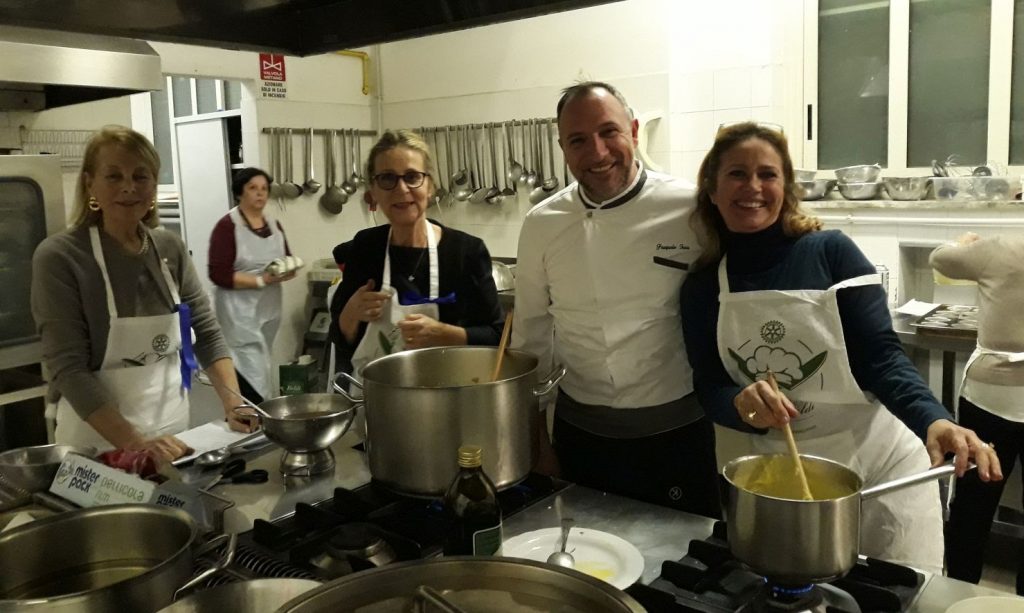 On 6th February, I participated in a cooking event called “Cooking Challenge,” which was organized by the Rotary Club in Rome. The event was held at a vocational school for hotel management in the outskirts of Rome. When I arrived there, students dressed in uniforms welcomed me at the reception. 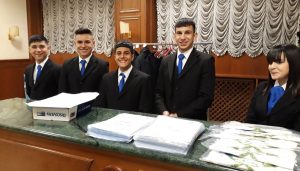 In Cooking Challenge, three teams, with about 10 participants on each team, competed in a cooking contest against each other. The three teams cooked the same menu, learning from Italian chefs. The menu was composed of zucchini flan, risotto, hazelnut and pecorino breaded cutlet, duchess potatoes, apple and mint pie, and ricotta cheese pie. Sounds ‘beary’ delicious! 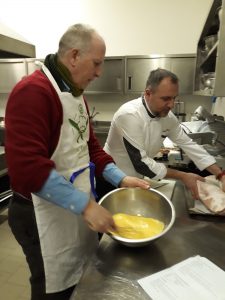 The participants enjoyed cooking with Italian chefs ‘beary’ much! 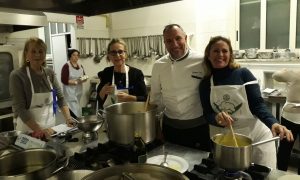 After all the food was cooked, students in uniforms served the food. That was a ‘beary’ good apprenticeship opportunity! 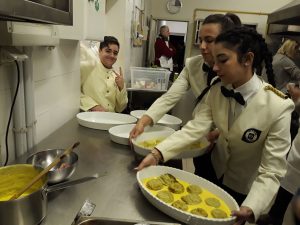 I was in charge of the hazelnut and pecorino breaded cutlet. 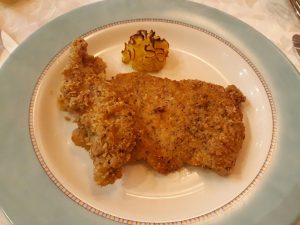 About 40 judges ate a little from all of the dishes made by the three teams, and marked the scores. 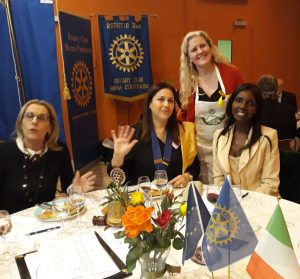 My team won! I enjoyed cooking with my team mates and the Italian chefs ‘beary’ much. I really appreciate the Rotarians (Rotary Club members) for inviting me to Cooking Challenge. 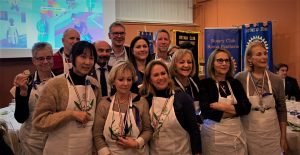