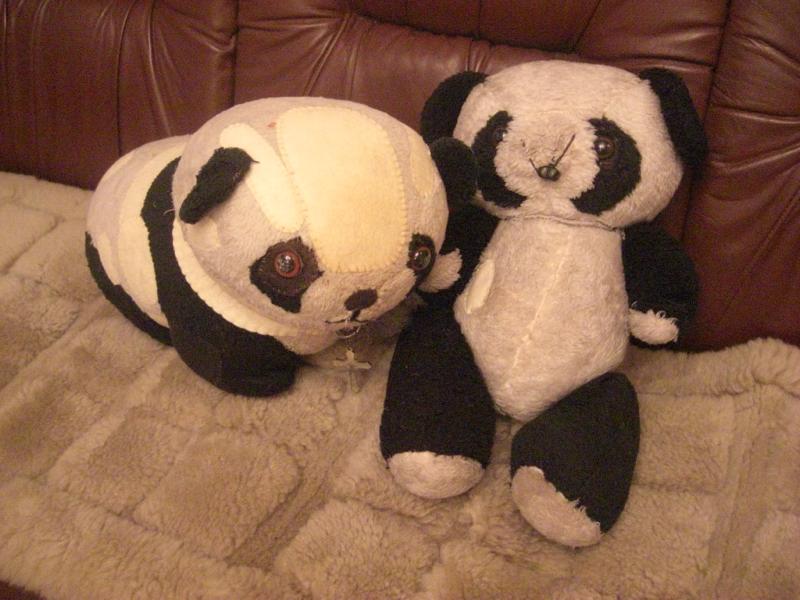 Some of you might be wondering why I was named Bobby. Today let me tell you why my mom named me Bobby.

When my mom, Yasuko, was a little girl, her parents bought two stuffed pandas for her. One was a male panda, and the other one was a female panda. His name was Bob, and her name was Poppy. My mom loved Bob and Poppy “beary” much. She played and slept with them every day. Bob and Poppy were her best friends in her childhood.

About twenty years had passed.

She decided to go to graduate school in the United States. In July 1996, she left Japan for the United States without taking Bob and Poppy with her. She left them in Japan because she was determined to concentrate on her studies, and also wanted to be mentally independent. But once she began living on her own, she began to feel “beary” lonely. One day, she went to a drug store near her apartment to buy some miscellaneous items. Since it was in November, the drug store was having a Thanks- giving sale. There were a lot of lovely gifts for Thanks-giving in the store, and I was one of them. I was sitting on a shelf with my sisters and brothers. Since she was feeling “beary” lonely in those days, her eyes were caught by cuddly teddy bears. She approached the shelf where I was sitting, picked me up, hugged me, and took me to her home! That was how I “got” my mom.

After she went back to her apartment, she was thinking what name would be the best for me. Then, she thought about the two pandas that she had left at home in Japan, Bob and Poppy. Suddenly, she came up with an idea of combining the two names. Combining Bob and Poppy, I was named Bobby. Isn’t it a nice name? I was named after my uncle and aunt. Now they are over 40 years old.

My uncle and aunt are pandas. I am a bear. My mom is a human. Diversity is embraced in my family as it is on the earth. How wonderful!