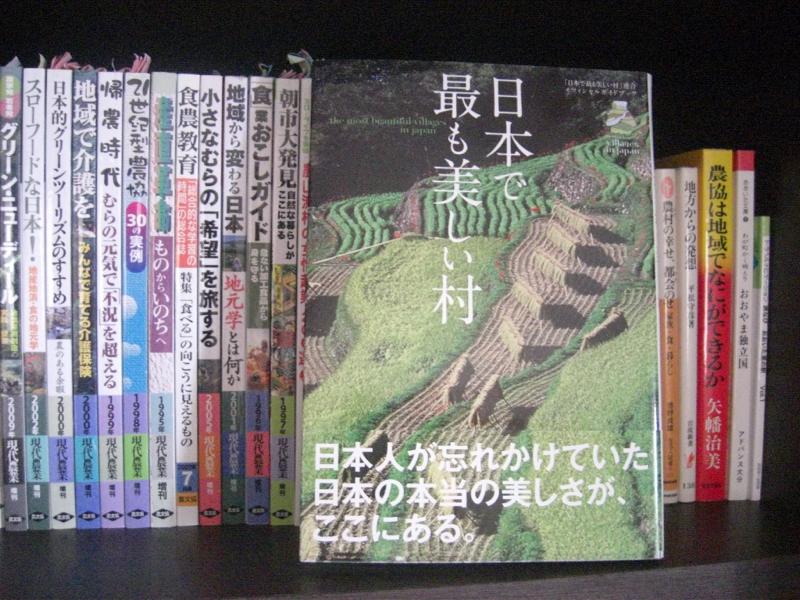 Previously in my diary, I wrote that my mom, Yasuko, bought a lot of samples signifying the concept of “Let’s BEAR! (=Be Empowered with Available Resources!).” Besides the samples, she buys a lot of books and journals on rural development and entrepreneurship development. Our home is full of “Let’s BEAR!” samples and books! In the future, it might be turned into a museum. Ha, ha, ha! 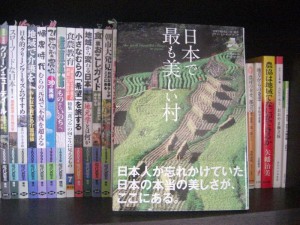 One of her favorite books is “The Most Beautiful Villages in Japan.” Forty-four villages are introduced in the book. People in those villages have made strong efforts to preserve the natural environment and their cultural and historical assets. Those 44 villages are really beautiful and unique. They are the members of the Association of the Most Beautiful Villages in Japan, which was founded in October 2005.

The concept of “The Most Beautiful Villages” originated in France. In 1982, they launched the Association of the Most Beautiful Villages in France” with 64 villages. As of the end of 2011, 156 villages were registered with the association through a screening process. The distinguishing characteristic of those villages is a harmonization of local resources including natural scenery, old buildings, and cultural and historic sites. This harmonization creates a picturesque space.

At present, five countries organize the Association of the Most Beautiful Villages in the World: Japan, France, Italy, Belgium (Wallonia), and Canada (Quebec). My mom wants to visit beautiful villages which are registered with the association. However, out of the five members, three are French-speaking areas. Recently, she has been studying French “beary” hard. But her motivation sometimes lags because she depends on English. That’s not good! I will watch out if she gets lazy, and push her to continue to study French.

If you are interested in “The Most Beautiful Villages in France (= “Les Plus Beaux Villages de France”),” you can visit the website. They have it in both English and French. Au revoir et à bientôt!

<Note: For PC, both French and English; For mobiles, only French>