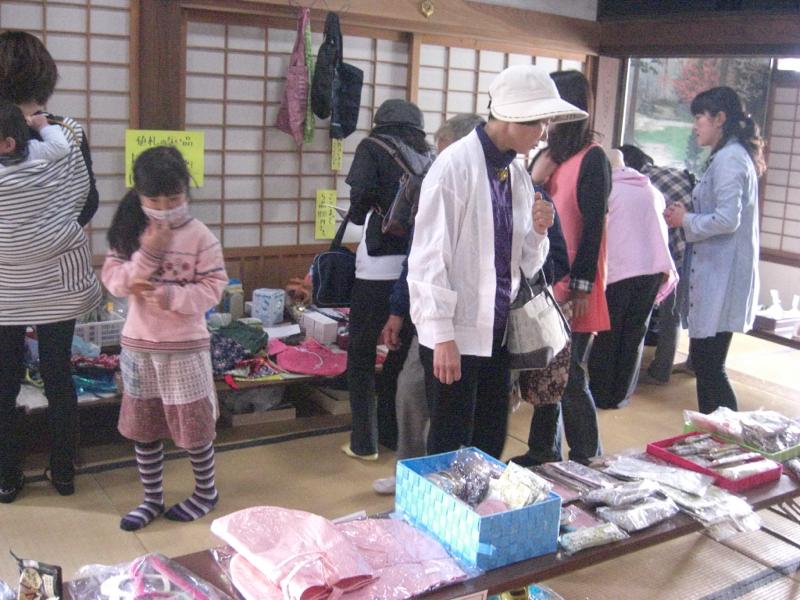 On Saturday, April 27th, my mom went to a charity bazaar which her best friend in her university days held for orphans who had lost their parents in the Great East Japan Earthquake which had occurred on March 11th, 2011. Her name is Kaori. She was born to a family who has a Buddhist temple in Hyogo Prefecture, Japan. A couple of years after graduating from university, she married a Buddhist priest who had also grown up in a family of the same sect of Buddhism in Aichi Prefecture, Japan. 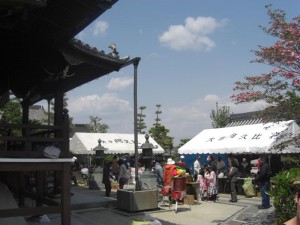 Last year Kaori and her husband started a charity bazaar for orphans who had lost their parents in the Great East Japan Earthquake. This was the second bazaar. A couple of months before the bazaar, they asked their friends, neighbors, and acquaintances to contribute things that they did not use any more or that they had made for the bazaar. The charity bazaar was held in the precincts of their temple, and a lot of people came to buy things. All the sales were donated to the Fund for the Orphans of the Great East Japan Earthquake.


According to my mom, Kaori’s heart-warming and selfless attitude was outstanding in her university days. My mom always says that she is so happy and lucky that she met Kaori when she was a student. My mom respects Kaori in that she is always doing what she can do wherever she is. Bearing Kaori in mind, my mom remembers the following phrase that Mother Teresa once said: “We ourselves feel that what we are doing is just a drop in the ocean. But the ocean would be less because of that missing drop.”